Vico Magistretti (October 6, 1920 - September 19, 2006) was an Italian industrial designer, known as a furniture designer and architect. [edit]His Education A graduate of the Politecnico di Milano University in 1945, he became a follower of Ernesto Nathan Rogers. He worked initially in urban design in Milan. [edit]The Production In the 1950s he moved into the field of mass-produced furniture and lamps. Some became museum pieces. Among other, he worked for the following companies: Artemide, Cassina, De Padova, Flou, Fritz hansen, Kartell, Schiffini. [edit]The Museum Exhibits Magistretti's works have been shown in the most important international museums in Europe, USA, and Japan. Some have also been included in various permanent exhibitions museums such as MoMa. [edit]The Awards Vico Magistretti received many awards, among which: the Gold Medal at the 1951 Trienniale, the Grand Prix at the 1954 Trienniale, two Compasso d'Oro awards in the years 1967 and 1979 as well as the Gold Medal of the Chartered Society of Industrial Artists & Designers. Affiliations & Fellowships Vico Magistetti has been a honorary member and honorary visiting professor at the London Royal College of Arts. He has also been nominated Royal Designer for Industry by the Royal Society of Arts. He has also been a honorary member of the Royal Scottish Incorporation of Architects.
ΠΡΟΪΟΝΤΑ ΤΟΥ ΣΧΕΔΙΑΣΤΗ
ΑΓΑΠΗΜΕΝΑ
ΡΩΤΗΣΤΕ ΜΑΣ
ΑΓΟΡΑ 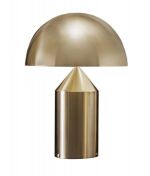 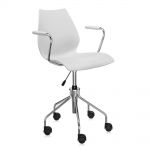