He studied at Manchester Polytechnic (now Manchester Metropolitan University), graduating with a First Class BA in Industrial Design in 1980 and then went to the Royal College of Art, London in 1983 where he completed his master of design. His inspiration mainly comes from organic forms and structures. In the early 80's he worked as a designer for frog design in west Germany on projects such as walkmans for Sony, computers for Apple computers, later moved to Paris as a consultant to Knoll International, becoming author of the highly successful Alessandri office system. Invited to join the Atelier de Nimes along with Jean Nouvel and Philippe Starck, consulting to amongst others Louis Vuitton, Hermes and Dupont.
DESIGNER'S PRODUCTS
WISHLIST
INQUIRY
SHOP NOW 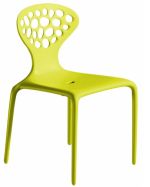 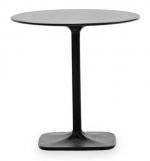